Forget What You Know: This Year, Sellers May Benefit From Listing Early 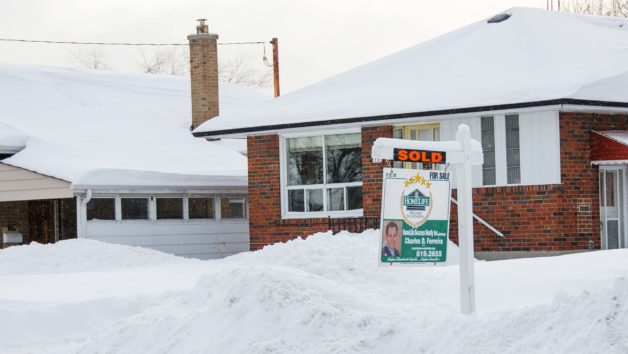 Conventional wisdom in real estate holds that sellers should time the market to maximize their price. Why? Because home sales are extremely seasonal: They peak in spring and summer, when prices peak as well. That’s why in most markets, most years, the optimal time to list is in the spring, so that the maximum number of potential buyers view the home.

Inventory levels at the beginning of 2017 are at multiyear lows. Sellers now face very little competition.

Likewise, buyer demand is abnormally strong for the off-season. The climb in mortgage rates that started in October and accelerated in November and December has created a sense of urgency among buyers.

The new year is expected to bring more economic growth and even higher interest rates. And with consumer confidence at a 15-year high, buying competition is likely to get fierce.

Not everyone can move up their plans for the spring and summer; but even so, the months of winter and early spring will likely be much busier than usual. Therefore, sellers could benefit less from timing a spring listing for a summer sale this year.

But the most important reason to consider selling early this year is the same reason most people want to sell in the first place: so they can buy again. We estimate that more than 85% of sellers are planning to buy another home. The endgame is not necessarily getting the maximum price on the house being sold, but rather taking the best path to the next home.

The biggest challenge to growth in sales this winter and spring will most likely be inventory. That means that the market overall continues to favor sellers. But that won’t last forever. As rates continue to rise, higher financing costs will eventually dampen demand.

If you are thinking of selling and buying in 2017, the early bird may get the worm. And the best new nest.

We're always available to help out, get in touch with us any time, or shoot us an email.

Thank you for contacting us, we'll get back to you shortly.

Sorry, we are unable to send your message at the moment. Please try again later.